Creating characters to engage users and bring stories to life

The creative team working on the Alston Explorer app for the North Pennines Area of Outstanding Natural Beauty, established a simple background scenario that help to inform character design. This was that Alston branch of A.C.E.S. was headed by Tassie Mapsalot; an adventurous young woman who would challenge our users with interactive tasks and present them with local information– alongside her trusty companion Fletcher Rouge – a red squirrel who would provide clues to our users and unwavering enthusiasm for knowledge.

The narrative scenario for A.C.E.S. allowed the creative team to tap into archetypes for explorers and adventurers; and redesign them to modern standards of social accessibility and inclusion.

Tassie’s design was heavily influenced by Gertrude Bell, in particular her hair, which has been wildly exaggerated like the mutton chops on an archetypal 19th century explorer. She presents a positive visual focal point for our young users.

When designing Fletcher Rouge, we chose an animal with positive emotive characteristics which would also be native to the Alston area. Fletcher provides support to our users and his depiction with a human-sized mobile phone adds a sense of scale and humour to the overall design. 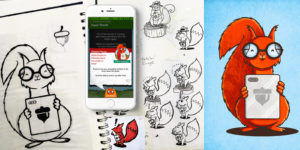 Our character design extended into the rewards system. When a user completes a task they receive a medal or trophy. Using our characters, we were able to create unique rewards which reflect the achievement or location while building on our narrative of an historic exploration society.

Our user research determined that young players love shiny, elaborate reward icons – and this connected perfectly with a historic society displaying their trophies in a wooden display case. 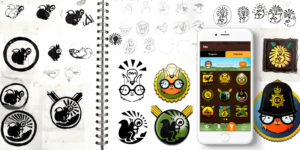 Next…Using Alston to inspire the creation of a design environment.

May also interest you... 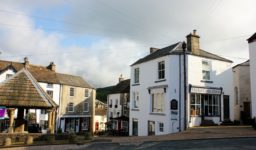 Creating a sense of place

Using Alston to inspire the creation of a design environment 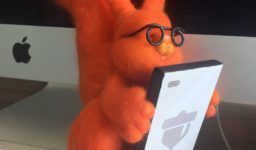 Creating characters to engage users and bring stories to life

Figuring out the 'why?' 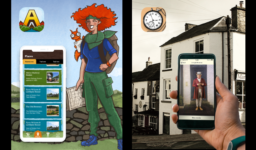 Using mobile apps to grow the tourism economy in Alston